Jessica Biel was embarrassed when a a photograph showing a girlfriend grabbing her bottom was released while Justin Timberlake’s back was turned. 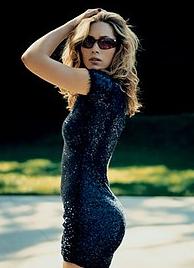 The pair was at the Lambeau Field stadium in Green Bay, Wisconsin on October 7. And while the “Sexy Back” singer was facing the opposite direction, the female friend of Jessica Biel copped a feel of the actress’ behind then a picture of that unusual moment has been published in American magazine.

An onlooker revealed, “It looked like the friend reached over and squeezed Jessica’s butt while Justin was looking out at the field. You could see the photo of the unusual moment here. Jessica didn’t even flinch – but when Justin suddenly turned around, Jessica’s friend pulled her hand away.”.