Prince Harry has banned his girlfriend Chelsy Davy from attending the Rugby World Cup final, because she supports England’s opponents. 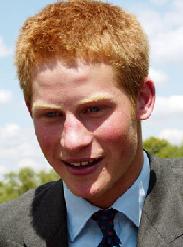 The prince has given her ticket to Prince William for the crucial match between England and South Africa at Paris’ Stade de France on October 20.

Chelsy Davy is a huge supporter of their rugby team, known as the Springboks. Prince Harry refuses to watch the match with a rival fan.

A source revealed,” Harry has told Chelsy she has to watch the game from her student house in Leeds. There’s no way he’s taking a South African fan to the match.”

Prince Harry, who watched the England rugby team become world champions in 2003 in Sydney, has been told by the players he is their lucky mascot.

After last week’s semi-final, one player told him, “You’ll have to come back to France because you’re our lucky mascot.”