Justin Timberlake has bought Jessica Biel a customized surfboard, the same gift he gave to his former girlfriend Cameron Diaz. 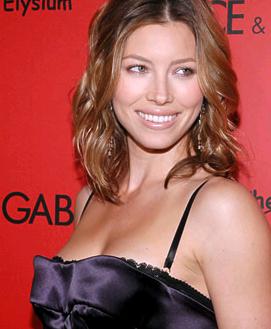 The “SexyBack” hitmaker, who bought Cameron Diaz a similar board from the same shop four years ago, is determined to teach Jessica Biel how to ride the waves so he splashed out on a board and a years’ supply of surfboard wax for her.

A source revealed, “He phoned Evolution Surf and ordered a longboard with a blue, yellow and gold design. He also put in an order for a year’s supply of Sex Wax. He thought it’d be fun to surprise her with a board and a trip to Hawaii to teach her how to surf!”

As for the other news, Justin Timberlake is set to host his first PGA Tour golf event in Las Vegas. The week-long competition, which is scheduled for October 2008, will be named the
Justin Timberlake Shriners Hospitals for Children Open.

The singer will play in the celebrity pro-am competition and perform during the tournament. He revealed, “I couldn’t be more excited. We will make sure to make this event unique and memorable, and we will raise money for charity while participating in the greatest game ever played. Raising money to better children’s lives while playing golf? I can’t think of a better way to pass the time.”