Jessica Biel, who previously regrets too daring photo for a magazine photo shoot, once took her dad on one of her dates. 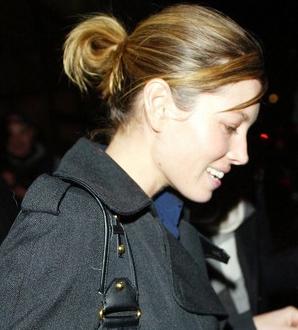 The “Easy Virtue” actress auctioned a night in her company to raise medical funds for a Colorado teenager in 2006 and says she took her father along for support when she met with the winner.

She revealed: “It was a little bit awkward, kind of uncomfortable but luckily the guy was very cool. I brought my dad with me just in case anything got weird he was sitting in the next booth staring daggers at the poor guy but he was a really completely harmless gentleman.”

The winning bidder, John Schiffner, paid $30,000 for the date, which took place at Denver’s The Palm restaurant.

After learning how much the auction had raised, the actress quipped: “I promise I’m a cheap date.”

The money raised was donated to Molly Bloom, who had been injured in a car accident.