Jessica Simpson and John Mayer reunited in New York City on Sunday night, according to the sources close to the situation. 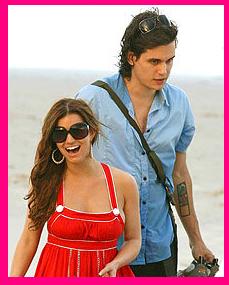 A source revealed, “They saw each other last night. I have no idea what will happen with them tomorrow. I don’t think they’re sure. All I know is that they like each other and saw each other. Everyone’s waiting to see what’s going to happen.”

A source, which is close to Jessica Simpson, revealed, “They’re in a normal relationship. This happens with relationships sometimes.” The source added, “They went on a date last night. They had a great time. They had dinner.”

A lot of people predicted that it would be a temporary break. One friend revealed last week that the celebrity pair had “been emailing and talking to each other” since Simpson went to the Cannes Film Festival in France last Wednesday, adding: “I’m sure they’ll get back together.”