Her marriage to Nick Lachey may not have worked out, but Jessica Simpson still wants to walk down the aisle again someday. 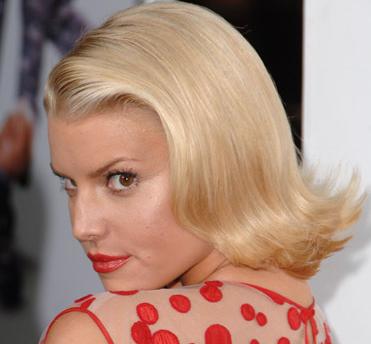 The singer revealed in a new interview: “I would love to be making records and making babies, and hopefully I’m married in 10 years. I have the dreams of every normal person.”

The blonde beauty was working on her country album, “Do You Know, which drops September 9. On the album, she sings “Remember That,” a tune about an abusive relationship. (She has said, “There’s nothing on my album … that I don’t relate to or that I haven’t experienced.”)

She revealed one of the song that she did not write: “It was one of those moments that just moved me to tears — it’s empowering. It’s about that woman really standing up for herself in an abusive situation – whether it is mental, physical, emotional. Everybody has dealt with abuse in some sort of way.”

She explained: “I thought it was important to tell women to take their heart and run as fast as they can if they’re in that situation, because you’re better than that.”

But things are going smoothly with her love life as she gushes about her beau Tony Romo, saying: “Tony understands me. He appreciates my talent. He’s the first person I’ve spiritually connected with.”

She recently dismissed Carrie Underwood’s claim that Tony Romo is still calling her as she swipes: “If Tony wanted to call her and be with her, he would.”