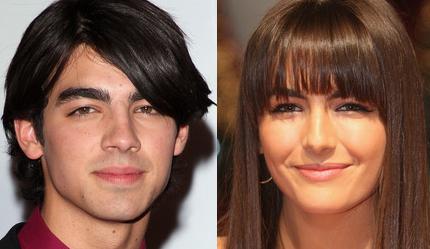 The middle Jonas Brother and the “10,000 B.C.” starlet were seen leaving a movie theater in Los Angeles, California on Saturday, January 10. But Joe and Camilla left the movie theater separately.

During their movie date, the two were joined by Joe’s siblings, Kevin Jonas and Nick, as well as family friend Maya Kibbel. The group reportedly attended a screening of “Quantum of Solace”.

Earlier, Nick Jonas and Selena Gomez were spotted at Omni Imax Theater at Forth Worth, Texas. According to a source who saw them, the duo came out “from watching ‘Bolt’ or ‘Yes Man’ and Selena had a 3D glasses on.”