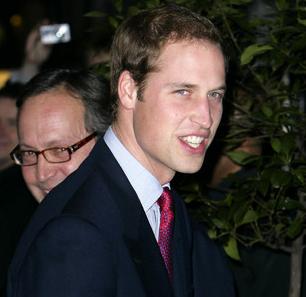 The 26-year-old royal’s two-year training course will cost £800,000, and has already been codenamed Golden Osprey by Ministry of Defence officials.

During the course, the prince will learn to pilot Sea King helicopters and is expected to be fully qualified by early in 2011, when he will undertake at least one three-year tour of duty.

The prince will train at RAF Shrewsbury in Shropshire.

Wing Commander Andy Lovell, the chief flying instructor at RAF Shawbury’s Defence Helicopter Flying School (DHFS), which will train the Prince, said: “Just as with the Army before, Flight Lieutenant Wales will be treated as any junior officer and he will be expected to fully integrate both at work and socially. He will not be given preferential treatment.”

Prince William announced his plans to train as a search and rescue pilot last year, saying: “It has been a real privilege to have spent the past year understanding and experiencing all aspects of the British Armed Forces.”

He added: “I now want to build on the experience and training I have received to serve operationally. Joining search and rescue is a perfect opportunity for me to serve in the Forces operationally, while contributing to a vital part of the country’s emergency services.”

Prince William learned to fly helicopters during a secondment with the RAF last year.He was widely criticized after he flew airforce Chinook helicopters to a number of inappropriate locations, including a bachelor party, a wedding and Kate’s parents house at a total cost of £86,000.