Joe Jonas and Camilla Belle may haven’t confirmed their relationship status, but their action has apparently told something. 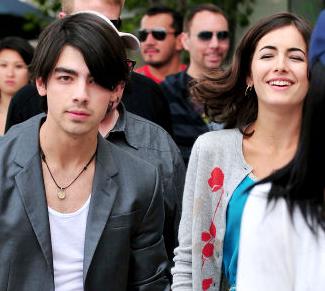 The alleged lovebirds have added more fuel to the dating rumors after they were spotted having a lunch date recently.

The Jonas Brothers star and the “Push” beauty spent time together, lunching with friends. Leaving the restaurant without giving any comment to paparazzi, Joe was seen opening the door for Camilla.

This wasn’t the first time Joe Jonas and Camilla Belle were caught together. Earlier, the twosome were photographed enjoying a romantic outing in Santa Barbara, California. They were even spotted holding hands during their romantic getaway.