From now, Joe Jonas should be careful while performing on stage. The vocalist of Jonas Brothers was choked by a fan when he performed “Pushing Me Away” in Puerto Rico on Sunday, March 22. 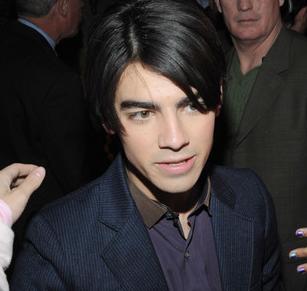 The fan girl went crazy while she was enjoying the pop band’s performance in Puerto Rico. In the video, she was seen wrapping her arms around the 19-year-old singer’s neck.

In related news, Jonas Brothers gave President Barack Obama’s daughters a lifetime pass to their concerts. The boys have given Sasha and Malia a free pass for all their shows, saying, “Hopefully, the family will come out and watch the show. They’re always invited.”