The two Disney stars were seen having dinner date at Katsuya in Los Angeles on Sunday, August 2. 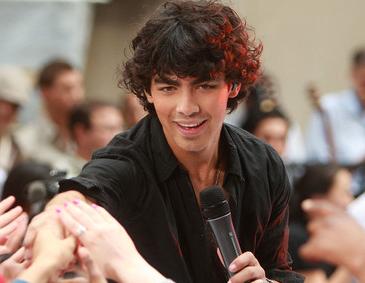 Newly single Joe Jonas has ignited rumors of him dating fellow Disney star Brenda Song after they were caught on camera enjoying a dinner date at Katsuya in Los Angeles on Sunday, August 2. Exiting the eatery separately, the twosome however was seen entering the same car.

Joe, who wore a bright pink t-shirt under his black leather jacket during the outing, was seen making his way out of the sushi joint all alone and quickly heading to his parked vehicle. He didn’t respond to photographer’s question about how he’s doing after breaking up from Camilla Belle recently.

Once the middle of Jonas Brothers got into his ride, Brenda was videotaped making her way to his car. She was seen running from the paparazzi who quizzed her if she is dating Joe. She immediately hopped into Joe’s vehicle when he opened the door for her. TMZ, which is the first to report the twosome’s dinner date, doesn’t have confirmation from either stars about the nature of their relationship.

Joe Jonas broke up from actress girlfriend Camilla Belle last month. A representative for her officially confirmed the matter, telling reporters “Yes, it’s true, they have broken up. There is no third party involved, and they care deeply about each other and will remain friends.”

As for Brenda Song, she had a cameo in last year movie “Camp Rock”, which starred Jonas Brothers. She is currently starring in “The Suite Life on Deck”.