Robert Pattinson will attend Teen Choice 2009, it was confirmed Monday. 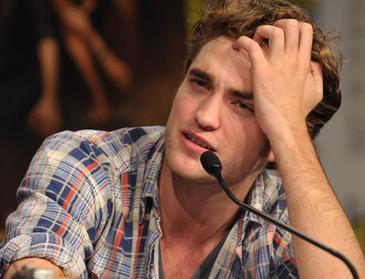 But the hunky British actor won’t be alone — he’ll be joined on the red carpet by his Twilight costars Kristen Stewart, Taylor Lautner, Ashley Greene, Nikki Reed and Kellan Lutz.

The Fox awards show, hosted by the Jonas Brothers, will air on Fox Monday, August 10.

The cast of Fox’s new comedy Glee will also be appearing on the show.

Other big names to show up on August 10 include: Megan Fox, David Beckham, Chace Crawford, Vanessa Hudgens, Kim Kardashian, Zac Efron and Miley Cyrus, who will perform her newest single, Party in the U.S.A.

Pattinson, 23, is currently in New York filming his new movie Remember Me.

Meanwhile, a spokesman for the NYPD has spoken out to set the record straight with regards to getting personal security from the NYPD for Robert.

“We’re not providing security,” the representative said. “The police department does not provide it for actors. Specific to this issue, we are not currently providing private security for Robert Pattinson.”