Joe Jonas declines a FaceTime request from a ‘Selena’ while he is in the middle of a television interview. 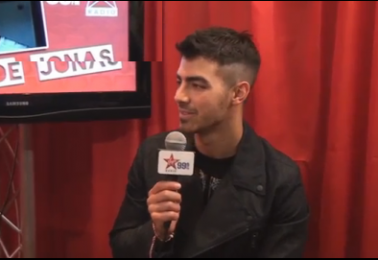 The 21-year-old singer, who is promoting his solo album, “Fastlife,” is explaining why he used exciting to describe his debut solo album. Then his iPhone started ringing and Joe was quick to decline the request when it mentioned Selena. This incident sparked speculation that it could be a call from Selena Gomez.