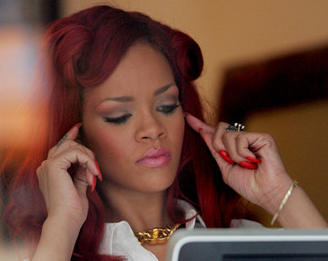 The “Umbrella” hitmaker just shot the label’s 2011-2012 ad campaign, which will debut in September. Rihanna is the latest celebrity for the brand, which previously modeled by Megan Fox, Cristiano Ronaldo, and Victoria and David Beckham.