Both Joe Jonas and Camilla Belle haven’t confirmed their romance yet. But in an old interview, the Jonas Brothers’ lead singer is heard declaring his love to the “10,000 B.C.” beauty. 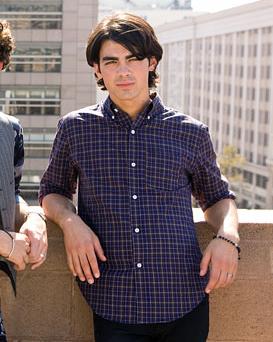 The 19-year-old hunk even added: “I will marry you.” His younger brother Nick Jonas also said: “I love you so much Camilla.”

Joe Jonas has been rumored to be dating Camilla Belle after he split from Taylor Swift last year. The 22-year-old actress starred in Jonas Bros’ “Lovebug” music video. “They met on the set of his music video,” according to a source. “All the guys always had thought she was really pretty and that’s why they asked her to be in it.”