Joel Madden is set to propose to girlfriend Nicole Richie. He let slip his plans to pop the question during an interview on TV show ‘Live!’ when host Regis Philbin questioned him about his love life. 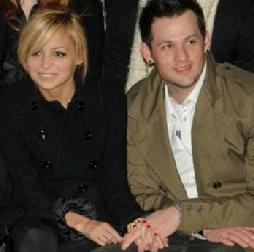 When asked if The Good Charlotte frontman will present Nicole Richie with a little engagement ring, Joel Madden revealed, “Well I had been hoping it would be a surprise but I guess it’s not now.”

Nicole Richie is four months pregnant with the couple’s first baby, and Joel Madden also revealed he has been reading guidebooks to help him prepare to be a good dad, saying, “I’ve been looking at books to help prepare me for when the baby comes. So far, I’ve read ‘What to Expect When You’re Expecting’, ‘The Expectant Father’ and ‘Baby Signs.'”