Nicole Richie seems to feel happy with her daughter Harlow and her musician beau Joel Madden but it turned out their musical tastes veer more toward the late ’80s and early ’90s. 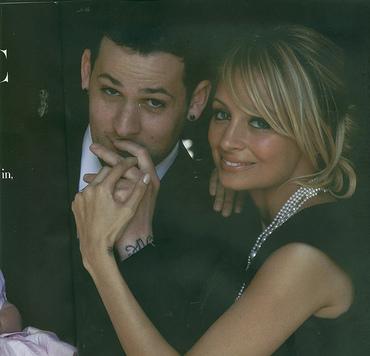 During his interview with “Entertainment Tonight Canada,” Joel Madden, 29, dished that Nicole Richie “likes a lot of old stuff.”

According to the “Good Charlotte” rocker, Nicole “probably like to hear a lot of fun stuff like New Kids on the Block or Bell Biv DeVoe or something like that. She likes to have fun and listen to that stuff.”

On being a dad, he described himself as “a cool dad.” He added: “I can still go out and rock and roll a bit and hang out and deejay, but I’m definitely all about my family. Family first.”

When are he and Richie getting married? Joel Madden continued: “Right now we’re happy and everything is great. I’m moving at our own pace. We kind of do things our own style. So we’re happy.”