It is not a surprise that Jennifer Aniston received so much affection from John Mayer on Oscar night. It turns out that while the singer was happy to provide “moral support” to his girl at the Academy Awards, he was also “very, very nervous” about attending. 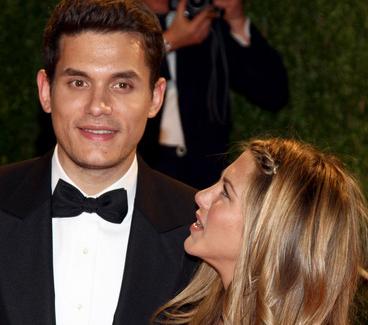 John Mayer revealed on Ryan Seacrest KIIS-FM show Wednesday: “It’s not my world, the Oscar thing. But [Jen] was so sweet to me that night, because you can go from a Grammy winner to a water boy when you walk into the Kodak Theatre on Oscar night.”

He added: “While it was really, really fun, the whole thing is very odd to me. I basically stepped into the picture frame of Hollywood. And you have to really be with someone you know has your back in that situation, and she did, and it was really great.”

As for why the normally low-key couple chose such a high-profile event to go so public with their relationship, John said: “At some point, you feel comfortable and say this is the choice I want to make. I think a year is a pretty good period of time with which to say, yeah, let’s go have a really good time at the Oscars.”