John Mayer, who previously went to romantic date with Jennifer Aniston, was spotted Thursday night at Alicia Keys’ Annual Keep a Child Alive Black Ball in New York City and appeared to like like talking about his relationship in public. 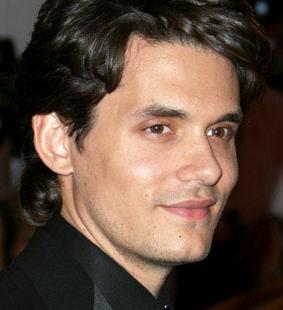 This on the heels of Jennifer Aniston’s soul purge to Vogue Magazine, where the actress went so far as to explain John Mayer’s reason for explaining their split to a reporter outside his gym earlier this year.

The actress talked about Mayer’s fairly ungallant statement that he didn’t want “to waste somebody’s time if something’s not right.” She revealed: “He had to put that out there that he broke up with me.”

She explained: “Especially because it’s me. It’s not just some girl he’s dating. I get it. We’re human. But I feel seriously protective of him and us.”

Then Thursday, Aniston was on the ultimate soapbox, “The Oprah Winfrey Show,” saying she was “lucky in love.” And later that night, there she was with John Mayer out at La Esquina in Manhattan.

Not a restaurant you go to when you want to keep things on the hush hush.

How long before Mayer or Aniston drop a few more romantic details? If history is a guide, we’re guessing hours.