John Mayer’s not one to kiss and tell, but he made an exception on Tuesday night. 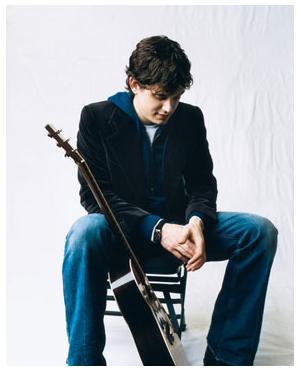 During an interview and performance at the Spotlight Live nightclub in New York for radio station Z100, the musician who has kept quiet about his relationship with Jennifer Aniston was asked by an audience member if he’d ever “hooked up with a fan from a concert.”

John Mayer revealed, “Do you respect me for my honesty? The answer is yes I have. Not since the camera phone!”

In another admission, the “Say” singer said that reading the script for “The Bucket List” made him “cry like a baby.”

The singer revealed, “I wrote [‘Say’] for this beautiful movie and it really happened to strike a chord with me.”

He added, “I wrote myself a song for ‘Wall-E’ – it’s called ‘Will Somebody Please Say Something!’”

John Mayer also had inspiring words for aspiring artists hoping to follow in his footsteps.

He revealed, “Just commit yourself. That’s the way you make it.”

John Mayer also responded to a question on his success with the paparrazi, who he admitted have taken it easy on him.

He added, “You can’t kill what you’re made of. You can’t get trashier than me.”