Johnny Depp, a star of the movie “Pirates in Caribbean 3”, used his star power to prevent movie bosses from launching Pirates of The Caribbean toothpaste. It is because his character has awful teeth in the films. 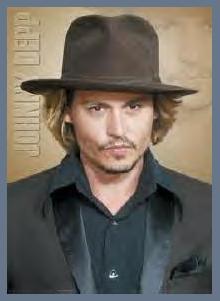 The 43-year-old actor, who recently graces the cover of Rolling Stone magazine, is astonished by how imaginative the advertising for blockbuster films can be.

The actor revealed, “There were only a couple of things that I thought, ‘Now we’re stepping over the line.’ I drew the line at hygiene products. It just seemed wrong. Captain Jack toothpaste, for example. How can a guy with gold teeth sell toothpaste? It’s like a bald man selling shampoo. And cold cuts would be weird – Captain Jack hot dogs, bologna, things like that.”