Johnny Depp allegedly kennels his two aggressive Rottweilers in Anaheim, California. It is because he can’t bare to have them around his young kids. 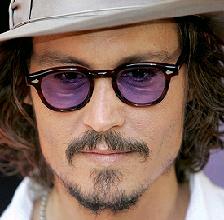 The Hollywood actor pays hefty fees at the Crossroads Country Club Pet Resort to house his pets, Red + Blue, because he’d rather hand over the cash than destroy his dogs.

A source revealed, “Johnny can’t bring himself to have them put down, so he pays $2,000-a-month on each dog for them to be kept in a kennel.”

An employee at Crossroads has confirmed that the actor’s dogs are housed there.
The insider added, “They’ve been here a couple of years.”