Johnny Depp had previously been known for his strange performances in art-house favorite films such as Edward Scissorhands, Benny & Joon, What’s Eating Gilbert Grape?, and Ed Wood. The actor has revealed in an interview that Pirates of the Caribbean “did a big flip for my career.” 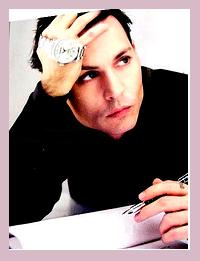 The 43-year-old actor described himself as “the guy who had been bouncing around the film industry for years and years and I’d been lucky if five or 10 people would see my movies.”

Johnny Depp pointed out that producers had shied away from casting him in a major film because he wasn’t “Blockbuster Boy.”

The actor reveled that he decided to take the original Pirates movie, which most entertainment writers had initially regarded as merely a promotion for Disney’s theme-park ride, out of “pure instinct. He said, “I didn’t know it was going to be such a huge hit.” He added that he regards himself as “the luckiest guy in the world to have had such a great experience.”