Johnny Depp, who previously bought the film rights to a book about Dante’s Divine Comedy, is finally opening up about his love for his family. 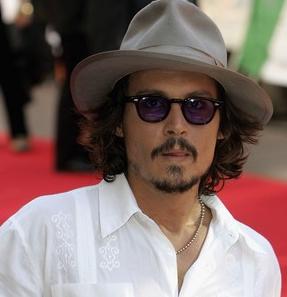 The actor revealed how he was i inspired with his kids in the January issue of Britain’s Psychologies magazine, saying: “I could sit there all day and do nothing but watch them grow. I’m totally inspired by them.”

On meeting his longtime girlfriend Vanessa Paradis, he said that meeting gave him “proper perspective and understanding” in his life.

He explained: “It wasn’t until then that things started to get real for me. We just have a miraculous understanding of each other.”

On his more memorable roles, he continued: “I was a million percent in love with Edward Scissorhands. I remember looking in the mirror on the last day of shooting … and thinking how sad I was to be saying goodbye to Edward.”

The first Pirates of the Carribean was also a blast for the star as he added: “Orlando Bloom and I would say to each other, ‘We’re actually getting paid to do this?’ It felt very intimate.”

But the screen idol and former Sexiest Man Alive shared that he hate being front and center, adding: “I never wanted to be the guy people looked at. I don’t think of myself as being a celebrity, it’s too mortifying.”