Johnny Depp, the star of the film “Pirates of Caribbean”, has spoken about the strength of his “wonderful” daughter during her recent life-threatening health scare. 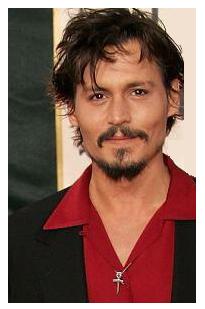 The actor was terrified when seven-year-old Lily-Rose was rushed to hospital in March after contracting the potentially fatal E.coli bacteria, but his daughter’s courage gave him hope.

Johnny Depp revealed in an interview, “It gave us a great scare. What got us through this wasn’t the strength of Vanessa or me but our daughter and her incredible ability to make us feel OK even though she was very unwell. She was super-strong.” He added, “It was a very bumpy patch but she has come through it beautifully and unscathed and she is now as healthy as she always was. She is wonderful.”

The 43-year-old actor, who is currently shooting ‘Sweeney Todd’ in London, revealed the scare made him realize how blessed he is. He said, “It is a reminder to us of how lucky we are to be able to breathe, walk, talk, think and surround ourselves with people we love.”