Johnny Depp, the star of Pirates in Caribbean”, has been branded an “arsehole” after trying to start a fight with Blur bassist Alex James. 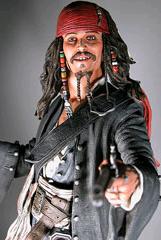 The rocker reveals he found it difficult to interact with other celebrities when his band was propelled to fame in the 1990s – and stars like Depp did little to help the situation.

He recalled, “I met (Depp) in Soho House, and he was an arsehole. He wanted to talk to the girl I was with, and he poured a pint of Guinness over me. Very weird. I think he wanted me to (hit him). But I just went home with the girl instead, which would have hurt him more.”