Even though most of the entertainment world will be focused on the Oscars on Sunday night, another awards ceremony will be doing the dirty job of calling Hollywood out on all their failures this year. 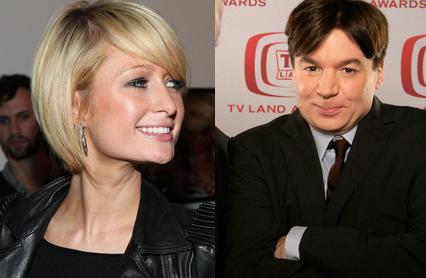 The Razzies gave out their Raspberry Awards this year to all those who made fans groan, close their eyes or just refuse to head to the theaters to see.

Mike Myers and Paris Hilton were the king and queen this year, both “winning” multiple Raspberries. Mike took home Worst Picture, Worst Actor and Worst Screenplay for The Love Guru, while Paris nabbed Worst Actress for The Hottie and the Nottie, Worst Couple (with either Christine Lakin OR Joel David Moore) for The Hottie & The Nottie and Worst Supporting Actress for her role in Repo: The Genetic Opera.

Other razzed celebs and movies include Pierce Brosnan for his supporting role in Mamma Mia! and Indiana Jones: Kingdom of the Crystal Skull for Worst Remake.

WORST DIRECTOR
Uwe Boll/1968: Tunnel Rats, In the Name of the King: A Dungeon Siege Tale and Postal.