Johnny Depp has offered Lindsay Lohan the use of his private island. 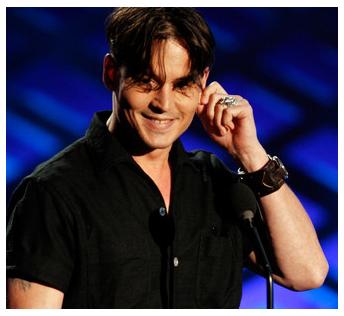 “Pirates of the Caribbean” star and Vanessa Paradis own their own Caribbean retreat and make regular trips there to get away from it all.

Now Johnny Depp has reportedly offered the “Mean Girls” actress use of the island whenever she wants to escape the intense interest in her private life.

A source revealed, “Johnny realizes the pressures of fame and can see Lindsay could do with a break.”

The celebrity pair met backstage at the MTV Movie Awards after Johnny had picked up two prizes for Best Villain and Best Comedy Performance and Lindsay Lohan was delighted when Johnny Depp invited her to stay on the island.

Despite claiming they are “just friends,” Lindsay Lohan has reportedly been telling friends she wants to marry Samantha, and has been calling herself Lindsay Ronson. Her father Michael was quoted as saying it was “obvious to anyone with half a brain” that Lindsay was in a relationship with Samantha, while her mother said: “If she’s happy, I’m happy. Samantha’s great.”