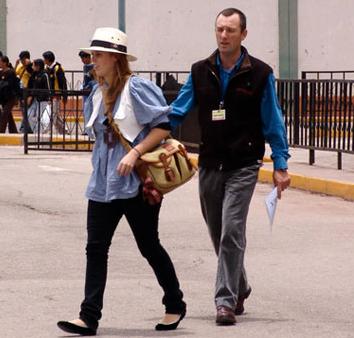 The 19-year-old princess, who worked as a personal shopper in Selfridges, has been shielded and supervised by Selfridge’s staff and her own security.

The student, who is fifth in line to the throne, has working a risible three hours a day.

A source revealed, “All the shoppers who made appointments with Beatrice were regulars at the store. She served no new customers. Even the shoppers who had been using the service for a while were vetted by security to make sure no harm could come to the princess.”

The source continued, “She wasn’t allowed to work on her own, and had the help of two assistants who helped her choose items for the customers. Obviously, the store can’t afford to lose its affluent customers, so she needed to be accompanied by people who knew what they were doing.”

The source added, “She tended to work just three hours a day, although she worked hard and could be seen rushing around the shop floor looking for items for customers. Everyone knows that working in a popular store like Selfridges could have made Beatrice a target, which is why she had a personal bodyguard with her at all times.”