Johnny Depp is like “Dr. Jekyll and Mr. Hyde”. 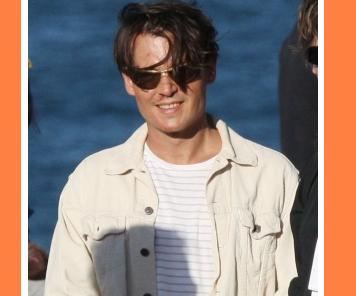 The actor undergoes a complete personality transformation the moment he is on camera, says his “Pirates of the Caribbean: the Curse of the Black Pearl” co-star Zoe Saldana.

She revealed: “He is the shyest person I ever met. The moment the camera is turned on, these characters that are within him come out and take control. Then when the director yells, ‘Cut!’ he goes back to being quiet. Very Dr. Jekyll and Mr. Hyde.”

Dr. Jekyll was a fictional character – created by author Robert Louis Stevenson – who was a mild mannered physician until he took a potion which transforms him into the violent Mr. Hyde.

Despite finding Johnny uneasy in social situations, Zoe claims she usually finds it easy to get on with men.

She added to Women’s Health magazine: “I’m more of a guy’s girl. I like having a beer in a bar, and I don’t bicker or sit down and do my nails.

“Growing up, my dolls were doctors and on secret missions. I had Barbie Goes Rambo.”