U.S. teen idols Jonas Brothers say they want to apologize to all the wedding parties they disrupted in all the hotels they’ve stayed while on tour. 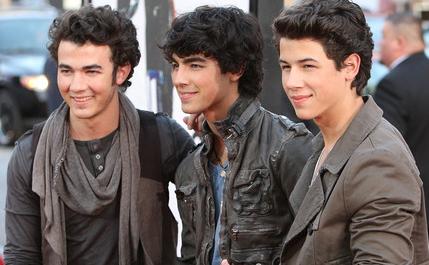 The brothers offered their mea culpas for overzealous fans who may have intruded upon other hotel guests, MTV.com reported Friday.

“We’ve had a couple instances where there’s been weddings going on during the time we were at the hotel,” Kevin Jonas said on “The Tonight Show With Conan O’Brien” Thursday. “We’ve had brides (say) like, ‘You’ve ruined my wedding.'”

“There’s 100 to 1,200 fans who show up, and the bride, her wedding’s just ruined,” brother Nick added. “Just screaming fans the whole time. … And we’ve actually sent apology gifts to the bride and the groom.”