As if Lindsay Lohan’s cover shoot with Elle wasn’t riddled with enough drama. 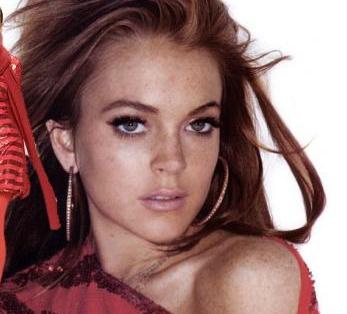 The magazine’s editor-in-chief Lorraine Candy revealed the confusion behind the scenes and why the actress may not be invited back again.

“Lindsay Lohan wrote me a note during this month’s cover shoot. It read: ‘Let’s do this again some time.’ I’ve put it on my office wall because, in all honesty, I don’t know if I could.” Candy wrote in the new issue. “This was the most unpredictable, and confusing shoot in my magazine career.”

“First, Lindsey was about to arrive. Then she was in Paris. She was almost on set, then she disappeared into her hotel room. She was ready for her interview, then she had to have a fake tan! But we got there.”