The Jonas Brothers proudly hold up autographed Saint Andrews School tees after they played a baseball game at the school on Wednesday afternoon (August 19) in Boca Raton, Florida. 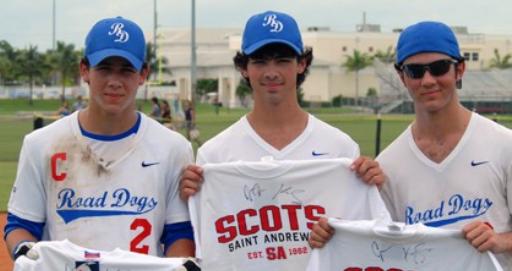 Later that night, the JoBros performed to a sold-out concert at the BankAtlantic Center.