Queen’s Brian May has listened to ‘2012’ soundtrack which is sung by Adam Lambert, stating that the song is ‘a number one smash’. 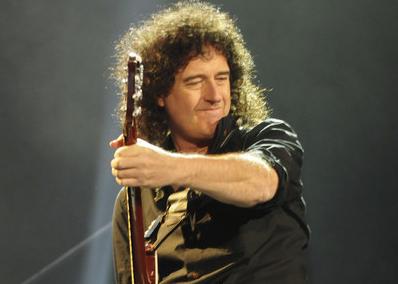 Brian May who plays guitar for Queen said he has listened to “2012” soundtrack which is performed by Adam Lambert. He got such privilege when he visited the studio of the song’s producer Rob Cavallo in Calabasas.

“I was privileged to hear a track that the guys have finished for Adam Lambert … a song for a forthcoming film, ‘2012’,” Brian wrote. “I have to say I was completely blown away … it’s truly sensational. In fact it’s so obviously a number one smash, any bookie would be mad to take bets on it.”

“I am not kidding. I’m not easily moved to jelly by male vocalists … but Adam’s voice reaches out with sensitivity, depth, maturity, and awesome range and power which will make jaws drop all around the world. It’s an awesome performance. No doubt about it. The world of Rock has a bright new star.”

It is not a secret that Queen are a fan of Adam Lambert. Earlier this year, the band revealed their desire to recruit the runner-up of “American Idol” season 8 as their singer. However, Adam chose to pursue a solo career and work on his post-Idol debut album. But, he “would love to perform with them [the band] anytime they wanted [him] to.”