Watching Jonas Brothers’ performances at “Kids’ Inaugural: We Are the Future” concert on Monday, January 19 wasn’t the only chance for President Barack Obama’s daughters to meet the band. Malia and Sasha Obama even got a surprise visit from the boys a day after. 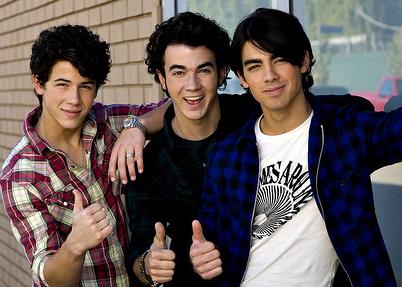 While their parents were sharing their first dance at the Neighborhood Ball, the Obama girls reportedly watched “High School Musical 3: Senior Year” and “Bolt” in the White House theater with some of their friends from the Sidwell Friends school. They then had a scavenger hunt to get familiar with the White House. At the end of their hunt, Malia and Sasha reportedly opened a door to find Joe Jonas, Kevin Jonas and Nick Jonas.

A spokesperson for Jonas Bros said of the surprise, which First Lady Michelle Obama helped organize: “They were invited to surprise the girls and their friends and [the Jonas Brothers] had a blast.”