Teen sensation rockers the Jonas Brothers are branching out into TV comedy! 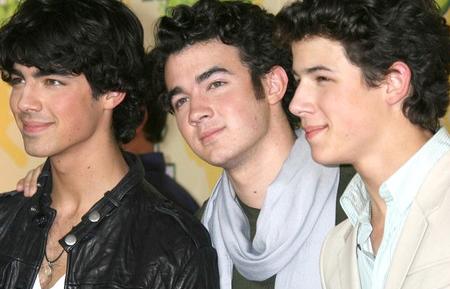 Kevin, Joe and Nick will star in “JONAS,” which “follows the fictional Lucas Brothers through the unexpected, unpredictable and often absurd situations that confront these rock and roll superstar brothers as they try to live ordinary lives,” the Disney Channel announced in a press release.

In the premiere episode of “JONAS,” Nick Lucas writes a love song for a girl he’s just met — a fellow student and aspiring singer — despite warnings from Kevin and Joe that he’s moving too fast with his new crush. Then, the brothers attend the girl’s first gig, where she sings the love song to another boy.

“JONAS” will be available Saturday, April 25 via Disney Channel on Demand and will officially premiere on the cable channel on Saturday, May 2 at 8:00 p.m. ET/PT.