The Jonas Brothers have teamed up with Verizon wireless and Samsung to offer fans a vacation with the band in the Bahamas. 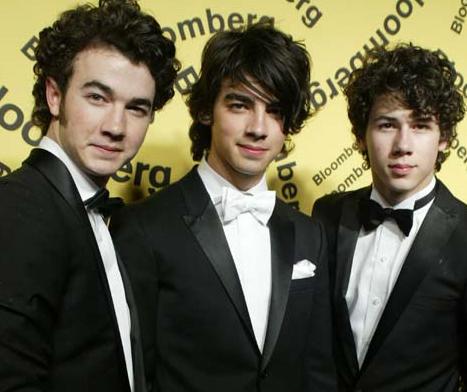 Forty lucky winners will get round trip airfare, free accommodation at Atlantis resort, car services and premium tickets to a private concert with the brothers and $500 spending money.

Customers who purchase or upgrade to Samsung Glyde or Verizon Wireless Juke by Samsung at participating Verizon Wireless or Circuit City locations between Sept. 2 and Nov. 1, 2008, register the purchase online and install Verizon Wireless’ V CAST Music with Rhapsody software on their computers will be able to instantly download four complimentary exclusive live versions of songs from the Jonas Brothers’ hot new album, A Little Bit Longer. Customers will also have the chance to be entered to win a trip to Atlantis to see the Jonas Brothers.

The hugely successful Burnin Up tour is being filmed for a 3D movie which will hit theaters Feb. 22, 2009.

The brothers have been honored with two 2008 MTV Video Music Awards nominations, Video of the Year and Best Pop Video, and recently starred in the Disney Channel original movie Camp Rock, which averaged 8.9 million viewers and was the network’s most-watched non-sequel movie ever.

They also shot their own reality TV series, Jonas Brothers — Living the Dream and this fall will star in their own Disney Channel comedy series, J.O.N.A.S.