Lindsay Lohan has expressed her anguish in her myspace blog with a title Dear Mr. Lohan under the category of Life and setting her mood as betrayed. 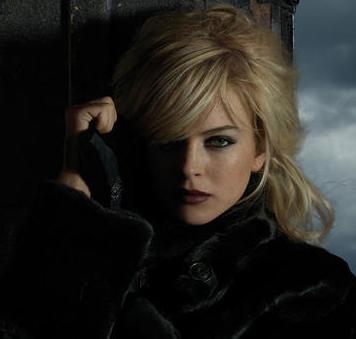 The “Freaky Friday” actress. who comes close to acknowledging her relationship with Sam Ronson, refers to her as “a girl that means the world to me.”

In a post on her MySpace blog, Lindsay Lohan, bitter at her father, Michael Lohan, for his recent attack on her gal pal Samantha Ronson, has chastised him for being a coward and saying things to others and the world media instead of first confronting her.

Michael Lohan had previously reported to express his deepest concern. He claimed that Lindsay LOhan has started drinking again and Samantha “passes the drinks under the table to Lindsay.”

Here is the post from Lindsay Lohan’s Myspace blog:

If you have something to say to me, say it to my face- that’s what i have believed my whole life- don’t be a coward and say it to others first, let alone all the media in the world- i think we know where the rest of this blog is going…

If you guessed it had to do with my father- then you guessed right! It really hurts, because i have tried- after all that my mother and siblings have gone through, i really tried to make things work- For the hope of having a father again-wanting things to change- even though people have said, some people will forever remain the same.

Having said that- the people were right, and he is yet to change- but this time, without his daughter by his side- He has become a public embarrassment and a bully- To my family, my co-workers, my friends, and a girl that means the world to me (its obvious who that is).

He has no idea what is going on in my life because i have chosen not to involve him in it- His recent attack on my life and my loved ones is simply for an ADDICTION THAT HE HAS- FAME. Why he feels the need to comment on anything in my life that i may want to keep private, is beyond comprehension- If he really cared about me and my life, then he would learn to respect my wishes by staying out of it.

Samantha has not and would never sell me out. Nor has my mother, who is wonderful.

This further proves that any information that my father has about me or the people in my life is internet based- and about as accurate as a page six item.

I’m not going to engage any further, though i probably could go on…

I have said enough, i have a therapist, and it is not the the camera man at x17.

Meanwhile, Sam Ronson cleared in her blog that she is the “not the reason that he has no contact with [Michael Lohan’s] daughter.” She also wrote in her blog: “I’m not the one that is so lost that i need to use my relationship with lindsay to earn a living…. i am, always will and always have been here for her for her- not for anything else….so I think it’s safe to say that there is not now and never will be a tell all….. written by me….. when does your book come out Mr. Lohan?”