Valentine’s Day is about two weeks to go, and famous siblings Jonas Brothers have opened up to M magazine about their Valentine’s Day dream dates. The boys dished on what the girls can do for them. 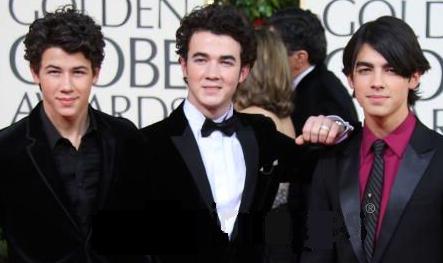 Nick Jonas, who is rumored to be dating Disney darling Selena Gomez, revealed: “The best thing a girl can do is let ME take her out for the night of her life.”

And Joe Jonas, who split from Taylor Swift last year, wants to get a love letter, saying: “I’d love it if a girl wrote me a love letter.”

Adding his younger brothers, Kevin Jonas revealed: “Just surprise me with anything.” The 21-year-old Jonas told the magazine: “I once surprised a girl with a steak dinner that I prepared. Then, I gave her her favorite chick-flick that we watched together!”

And Jonas Bros get their thoughtful Valentine’s Day ideas from their mother. Nick added: “Every year, we wake up to a box of our fave candy and a love not on the dining room table waiting for us!”