Joss Stone has prompted reports of a romance with Prince William after claims the royal regularly calls the singer to discuss her performance at the forthcoming Diana, Princess of Wales concert. 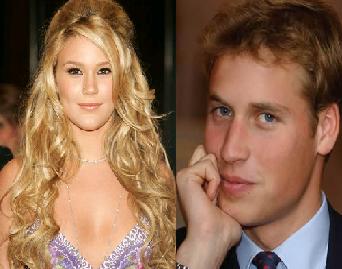 The young singer is among a number of acts due to perform at the London gig on 1 July, to mark what would have been the Princess’s 46th birthday – including Sir Elton John and Duran Duran – but friends claim single Stone, 20, has been getting special treatment from the 24-year-old prince.

A friend revealed, “She thinks he’s gorgeous and is incredibly flattered.” A source added, “Joss is delighted by the fact that [Prince] William is phoning her and they hit it off instantly. They’ve spent ages talking about which songs she should perform.”

Joss Stone, who recently complained about her love life, has been single since splitting with Beau Dozier two years ago. The singer moaned, “I think I’ll have to turn lesbian. Every girl my age wants to be in a relationship.”