Joss Stone, who recently performs in Princess Diana concert, is one of the celebrities that posed nude for the latest and final edition of Jane Magazine. 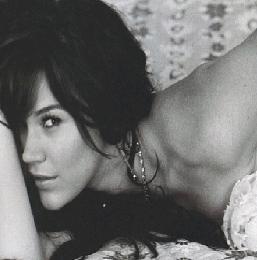 The magazine also features Serena Williams and Eva Mendez in its final issue. It also includes articles, which focused on female empowerment and attempts to dispel ‘size zero’ culture. The
magazine is expected to hit the newsstand in August.

In the article of its final issue, the 20-year-old singer revealed, “I’m not into wearing clothes at home.

She also speaks about her former boyfriend with criticisms for having low self-esteem that made an impact on her own style. She added, “I didn’t wear high-heeled shoes for the longest time,” she adds. “I would wear flip-flops because the guy i was with hated that i was tall – and tall can be beautiful! But because he hated it, it made me feel really insecure and i would try and make myself smaller – and that’s ridiculous. So now i wear great big f*ck off heels!”