Justin Bieber and Austin Mahone appeared to forget their differences over Selena Gomez. 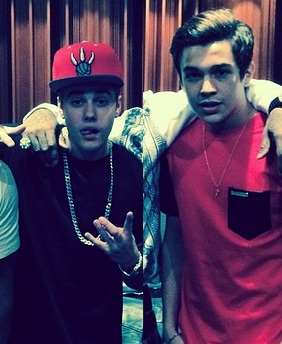 The celebrity pair, who sported leather pants, played pick up basketball in Miami yesterday. They were having a break from recording to shooting the balls and a little skateboarding when they spent time together at the Hit Factory studio. They were in good terms since the “Baby” singer gave American pop singer/songwriter a song that he wrote and worked with him on the vocals. Meanwhile, Justin and Austin seemed to patch up their feud after the Canadian singer was annoyed that Austin and Selena went to Disneyland together but the American pop singer insisted that they were just friends.