Justin Bieber performed another show on stage during his My World Tour on March 11 in Liverpool, England. 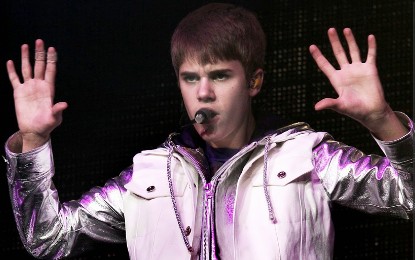 The “Baby” singer was earlier holed up in his room because hundreds of screaming fans swarmed the outside of his hotel. He and his team were warmed they could be arrested for inciting a riot if he went near the balcony.

Unfortunately, Justin had to cancel his Beatles tour because of all the chaos and 25 guards were called in to control the crowd.