Justin Bieber had a diva moment live on TV when someone got too close to his hair on US chat show The Talk last week. 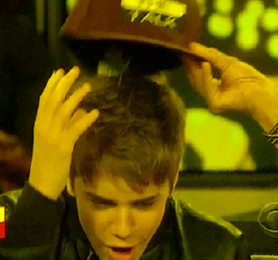 The “Baby” singer yelled not to touch his hair at the The Talk host Holly Robinson Peete after trying to out a baseball cap on his head. He even revealed that he would rather have three eyes than wear the cap.

Justin quickly tried to re-do his hair once Holly gave up with the baseball hat while he fellow hosts looked on in bemusement.