Justin Bieber was sporting a pair of purple shades while performing at his concert on March 4 at the National Indoor Arena in Birmingham, England. 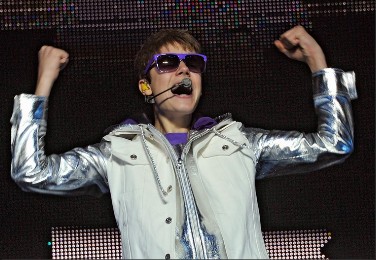 The “Baby” singer is glad to be back on tour since he missed his beautiful fans. He is expected to perform again at NIA on March 5 before going to Ireland and return to UK for more shows.

Justin was previously spotted at London’s Heathrow Airport with a cart full of luggage and a guitar case on March 3. Check Justin Bieber Music site for his full schedule.