Justin Beieber was spotted while hitting the field for a game with FC Barcelona on April 7 in Barcelona, Spain. 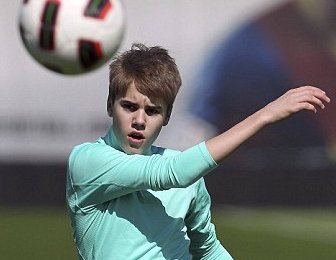 The “Baby” singer was invited to a training session by the team after he was seen wearing the club’s kit in Madrid, which is the fiercest rival of Barcelona. Meanwhile, Justin is going to wrap up the European leg of his tour in the next few days, before heading off to Asia and Australia.