Justin Bieber was smiling while arriving back in Los Angeles at LAX airport on January 26. 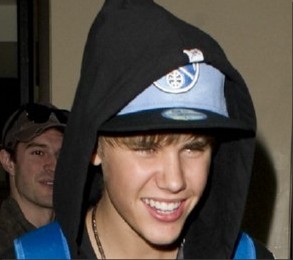 The “Baby” singer will reportedly have two appearances on Late Night with David Letterman next week. He will visit “The Late Show With David Letterman” for a sit-down interview then return on Friday to unveil the broadcast’s Top 10 list.