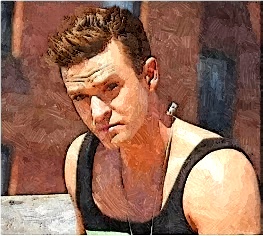 The “Sexyback” singer was sporting a vintage men’s swimming costume in black and green, which showed off his toned physique, for the scene since the film happened in the 1950s. He was spotted sitting atop in a lifeguard chair while shooting a scene. He looked like he was surveying the beach with binoculars. Meanwhile, Justin would be included in the animated film “Trolls,” in theaters on November 4. He also voiced a character in this film.