Kate Hudson confronts pregnancy rumors after months of encountering the constant gaze of baby bump watchers and relationship revelers. The “Bride Wars” star separates the fact from the mostly fiction in a new interview with Harper’s Bazaar. 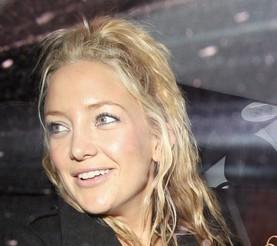 The actress revealed: “I was never single in the industry — when the movies came out and I started getting more jobs, I was always married. So (becoming the subject of romance rumors) is very new to me, and it hits you very fast because the publications jump on you. You’re dating everybody you walk around with — you can’t have any male friends. It’s weird.”

As for the actress’ current love interest, there is none as she shared: “I’m totally single.”

She continued: “They’ve said maybe four times recently that I’m pregnant, because I’m leaning over in the picture! You think about it, and you’re like, ‘What are you doing?’ It’s all bulls—t. Excuse my language, but it is.”

Kate Hudson credited the tabloid guessing game to a fixation with scrutinizing the female form, rather than any real evidence, adding: “Women’s bodies change — they change all the time.”