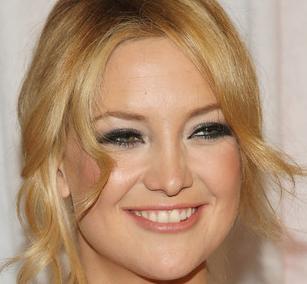 She revealed in February issue of Elle magazine: “When I was a teenager, like, when I turned 16, I loved boys. That was just my thing. My mom [Goldie Hawn] was like, ‘Oh boy, she loves boys!’

The “Bride Wars” star, 29, who has romanced Owen Wilson, Lance Armstrong and Dax Shepard since divorcing
husband Chris Robinson in 2006, said: “I always loved boys. I still love boys. First of all, I always had a boyfriend. This is the first time I’ve been single since I was 16!”

Over the years, she said she’s met her share of duds as she continued: “I’ve been on so many bad dates. I went on one where I just left because he was so boring. I felt really bad, and I didn’t want him to pay for dinner. It’s like, ‘It’s really nice to meet you’ – moving on! Then you call your friend and you’re like, ‘Really? Really? Is that who you think I would have a great night with?!'”

Although she has yet to find long-lasting love, she also revealed that she knows how to keep a man happy.

She added: “People think you can put your sexual life on hold, but you have to find time for it. Without that relationship, our family is broken. My mom really implanted that in me when I was pregnant.”